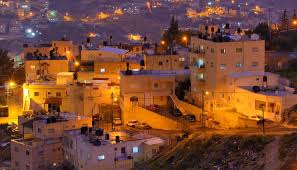 Jerusalem might be often in the news, but the impact of the occupation of the West Bank and Gaza on daily life rarely makes the headlines. Palestinians, though, have long proved they can conduct business in the toughest of environments.

Palestine has an economy. There are many opportunities, just like any other country. Despite the challenges, life goes on.

Life in general and commerce in particular are subject to checkpoints and permits, impassable roads and curfews, army incursions and, of course, the concrete wall that snakes its way deep into land owned and farmed by Palestinians. In Gaza, two million people live in a sliver of land 40km long and five to 11km wide. As for the West Bank, 60 percent remains inaccessible to Palestinians.

The Palestinian economy and the Palestinian private sector are heavily constrained by the conduct of the Israeli occupation. This includes restrictions on movement and access for goods and people (including between the West Bank, Gaza and East Jerusalem), extensive and bureaucratic permit systems, and import/export restrictions (particularly in relation to Gaza). These make it hard for the PA to achieve greater economic integration with their neighbours or the EU. Economic relations between the PA and Israel are governed by the Paris Protocol (1994), which allows the PA to establish trade relations with third countries, provided that such agreements conform to Israel’s own import policy. An Interim Association Agreement on Trade and Cooperation was concluded between the EU and the Palestine Liberation Organisation (PLO) on behalf of the Palestinian Authority in 1997. The agreement provides for duty-free access to EU markets for Palestinian industrial goods, and the phasing out of tariffs on EU exports to Palestine over five years. An Agreement for further liberalisation of agricultural products, processed agricultural products and fish and fishery products entered into force on 1 January 2012.

Israel restricts the PA’s access to the electromagnetic sphere by hindering deployment of new technologies, preventing infrastructure construction in the West Bank (Areas B & C) and the Gaza Strip, limiting the selection of equipment to be imported and by facilitating the work of unauthorized Israeli telecom operators in the Palestinian areas.

Most Palestinian enterprises are traditional family-run businesses, in light industry and consumer goods – especially food, beverages, clothing, minerals and furniture, with marketing of products targeting the domestic market. One of the main obstacles facing these SMEs is the lack of reasonably priced technical support. SMEs find it hard to access financing. Some producers also have weak marketing capacity, especially when marketing internationally.

The Palestinian business community is highly entrepreneurial; businesses aspire to a high level of professionalism and product quality. Large enterprises are internationally connected, with global partnerships, despite the restrictions in place. The labour force is highly educated, multilingual, and well versed in the technologies and practices needed to do business successfully on a global level. There are donor-funded credit guarantee facilities and political risk insurance schemes to mitigate risks.